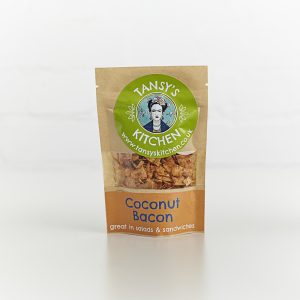 Coconut Bacon and how to use it 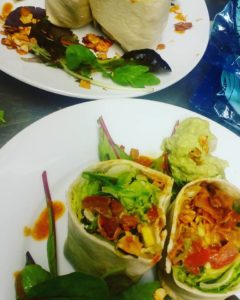 Coconut bacon is made with unsweetened coconut chips and spices. I don’t suppose you could fool a bacon fan into believing that it is actually real bacon, especially if you serve it on a plate beside a couple of eggs , but if you want bacon flavour, this works perfectly. Coconut bacon is salty,smoky and crisp. It is also veggie, vegan and gluten free.

I first made coconut bacon while working  in a coffee shop. Like  many  coffee shops, it had limited,storage and cooking space. Food we prepared  needed to be both casual and easy to take away. Coconut bacon fits the criteria perfectly. Once  baked, it can be stored in a sealed jar. It is a versatile vegan option that can be used to create eclectic  and indie style dishes with the minimum amount of fuss .

It is just as versatile for the home cook. More of an ingredient than a spice but with all the convenience of a spice. Try it on top of vegan french toast, salads or add it to your pasta dishes.

Five Ways To Use Coconut Bacon

1. Make your own Hipster avocado on toast.
2. Have an Aussie Style BLAT.

3. Try it in a Breakfast Taco with scrambled tofu.
4. Top a Caesar salad
5. Try it with Vegan MacNcheese

If you want to make your own vegan bacon  there are lots of recipes on the Internet. Most of them use just three or four ingredients, and a  combination of soya sauce, liquid smoke and coconut chips.It’s easy to play around with these to create different flavours.
if you don’t fancy  doing the work  you can order some from me here

Coconut Bacon is a meat and dairy bacon alternative made with dehydrated coconut flakes. It is great for making hipster style breakfasts like avocado on toast. Try it in sandwiches toasties or as a topping for pasta, baked potatoes, and salads. Have a look at the recipe section for more ideas.

We make our coconut bacon in an Excalibur Dehydrator so it’s slowly dehydrated at low temperatures. 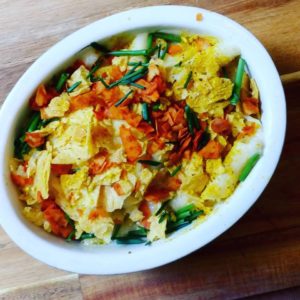 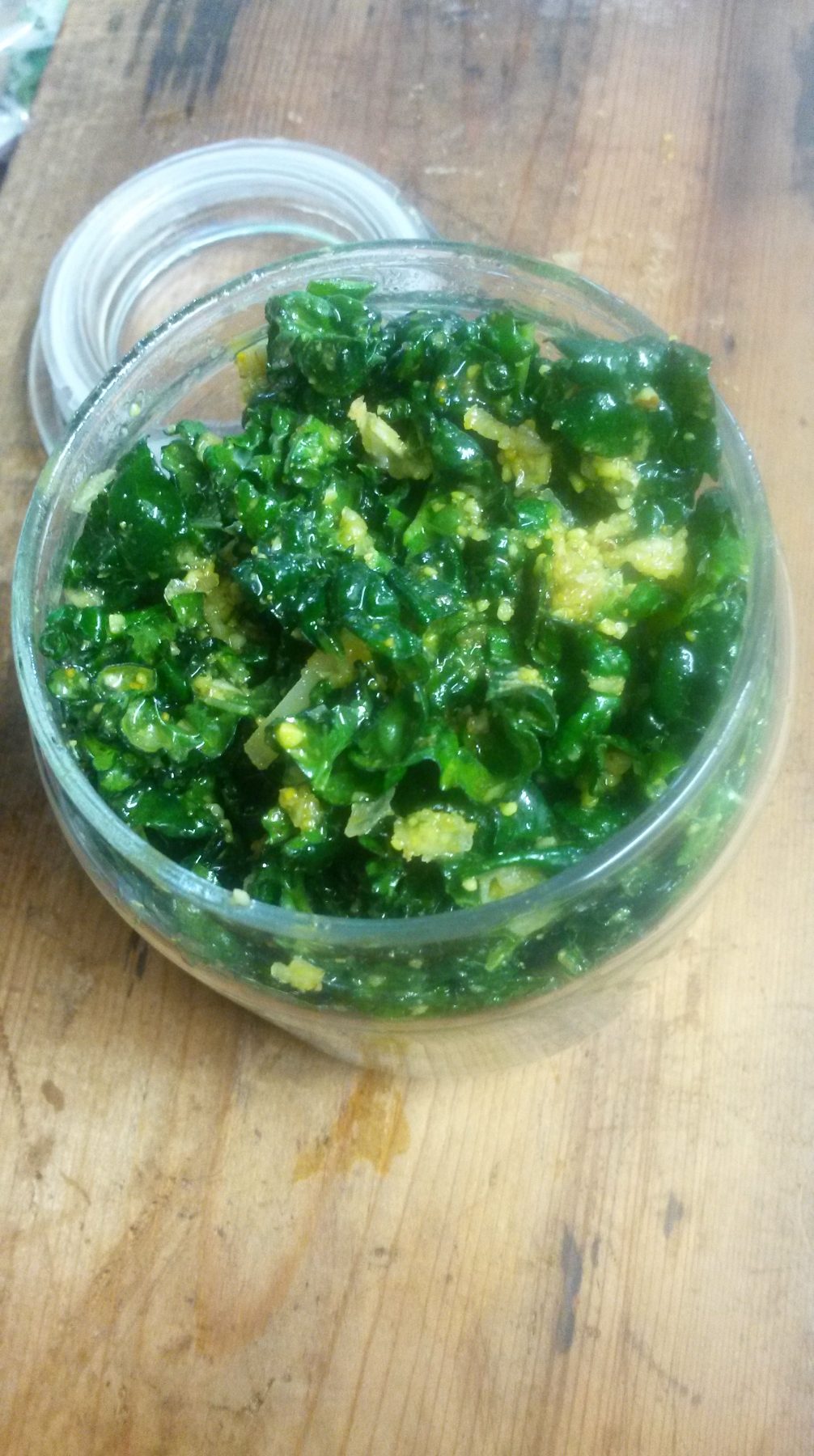 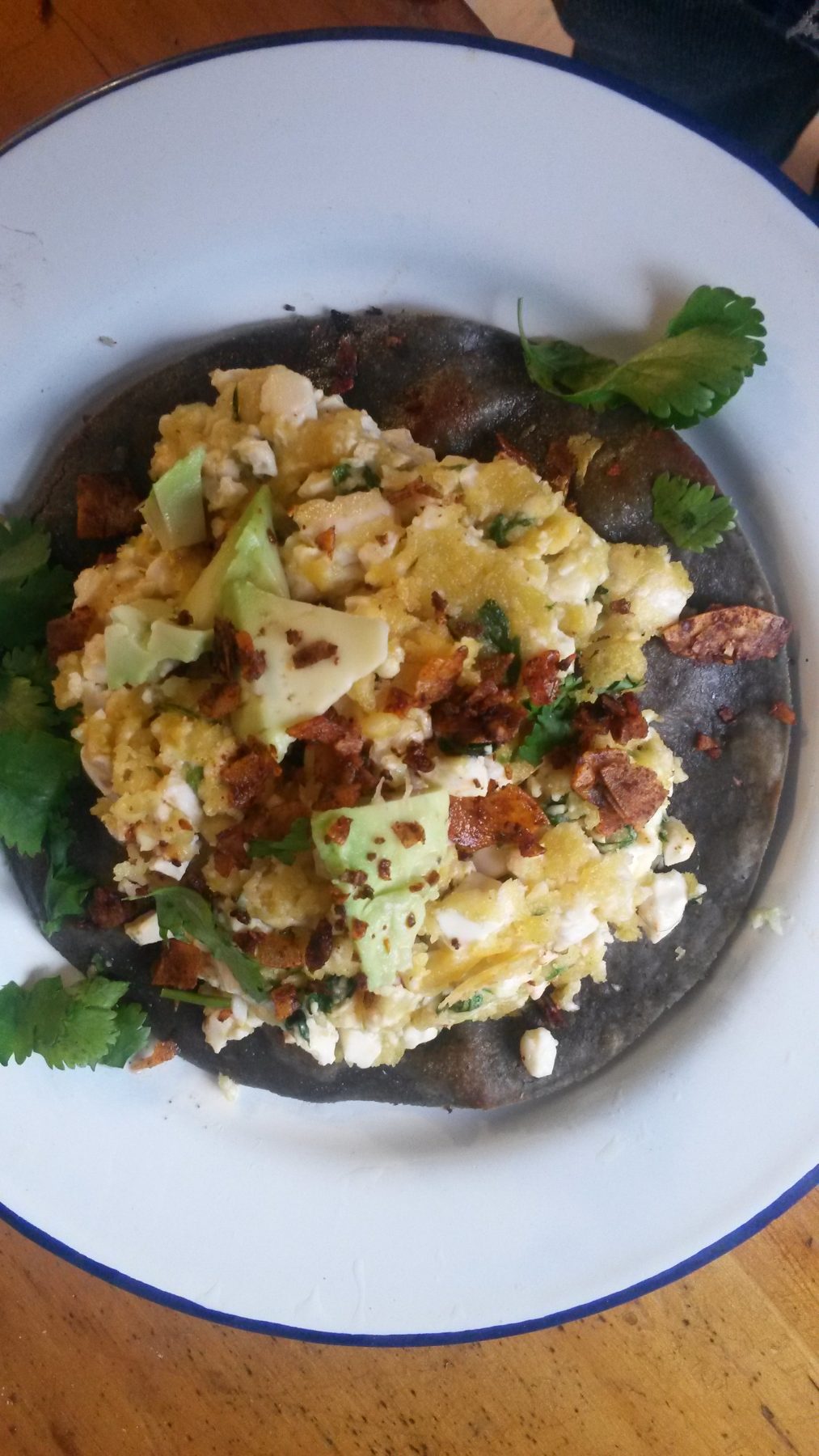