I fell in love with Kale a few years ago. As soon as I realised that there was so much more to be done with it than just boiling it up with potatoes and making bubble and squeak.
Kale doesn’t even need to be cooked just massaged with extra virgin olive oil and sea salt then marinated and paired with an equally strong flavour.
It’s been a firm favorite on many of my menus for a few years now.
This Kale Pesto recipe is one of my favourite recipes at the moment. It sits easily for a week in the fridge, it gets better as it sits, its beautifully strong with a really gutsy flavour.

Remove the hard stalks from the kale. (this is so much easier if you get Kale in bunches not pre chopped )
Chop or shred the kale.
add 2 teaspoons of sea salt
add 2 large tablespoons of Tansyskitchen plant based parmesan
Massage in the Oil.
Store in a jar in the fridge.

Leave for a couple of hours before you serve to give the oil time to soften the kale . 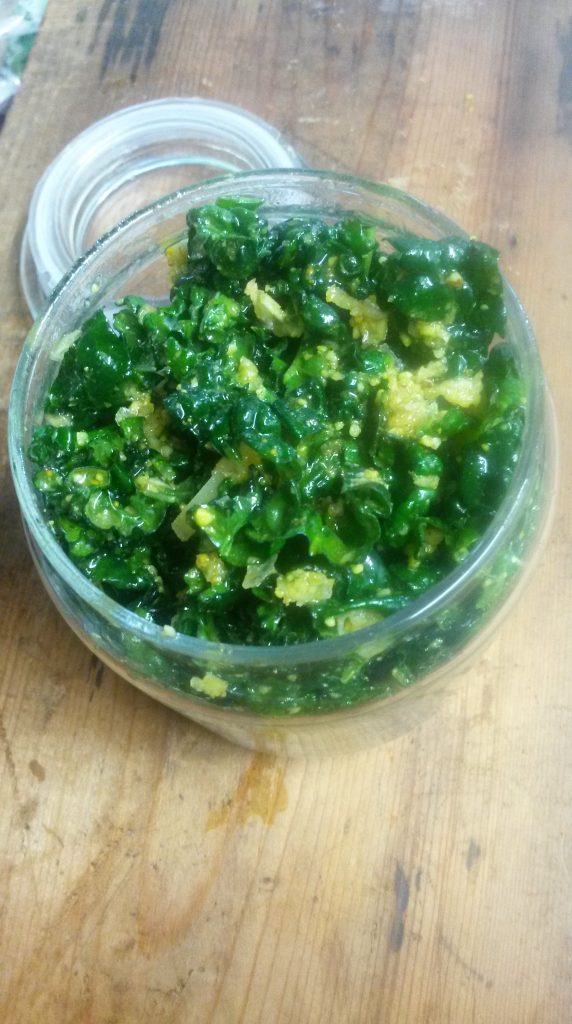 Try it in a toastie with melting vegan cheese and smashed sweet potato.

Use it as a topping for  Scrambled Tofu.

Stir through your favourite pasta or spiralized veg. Top with coconut bacon 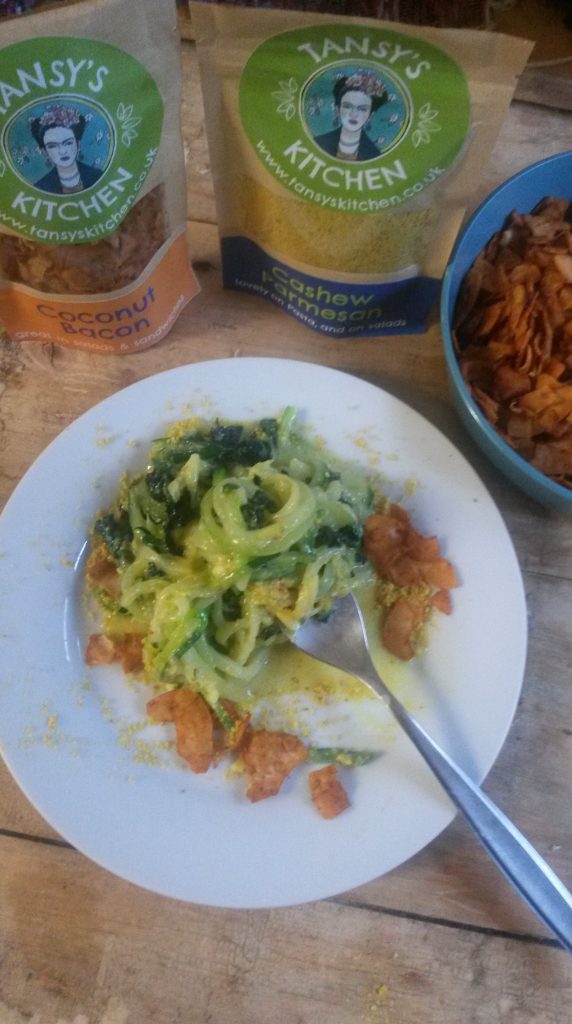 Why do we eat Pancakes on Shrove Tuesday?  Pancakes are associated with the day…

What is Jackfruit and is it a good meat substitute?

Grown in south East Asia and parts of Brazil, the jackfruit is the largest tree-borne…

Coconut Bacon and How to Use It

Coconut bacon is made with unsweetened coconut chips and spices. I don't suppose you could fool…